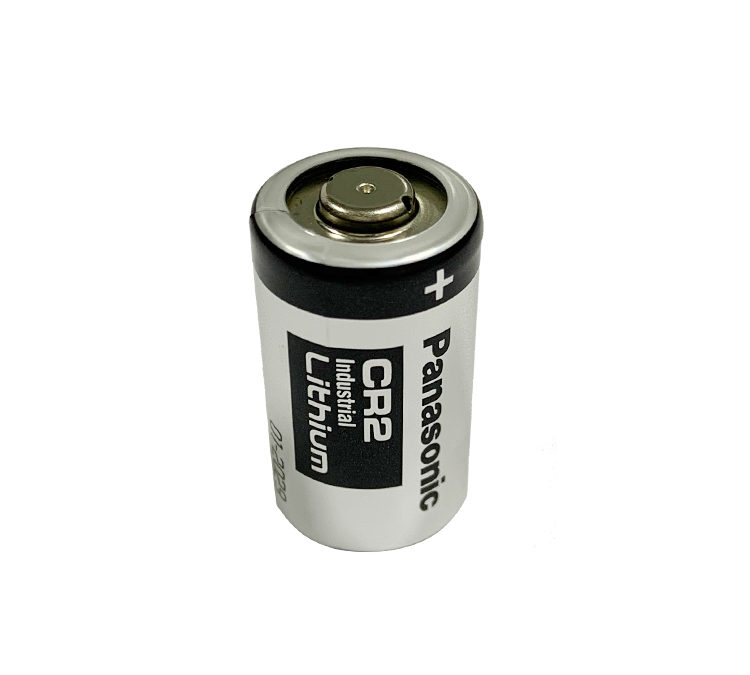 Cylindrical lithium-ion cells are usually expressed in five digits, counting from the left, the first and second digits refer to the diameter of the battery, the third and fourth digits refer to the height of the battery, and the fifth digit indicates the round shape. There are many models of cylindrical Li-ion batteries, the more common ones are 10400, 14500, 16340, 18650, 21700, 26650, 32650, etc.

10440 battery is a kind of lithium battery with a diameter of 10mm and a height of 44mm, which is the same size as what we often call “No.7 battery”, and the capacity of this kind of battery is generally very small, only a few hundred mAh, mainly used in mini electronic products. For example, torches, mini stereos, amplifiers, etc.

14500 battery is a kind of lithium battery with a diameter of 14mm and a height of 50mm, this kind of battery is generally 3.7V or 3.2V, the nominal capacity is relatively small, a little larger than 10440 battery, generally 1600mAh, the discharge performance is superior, the application area is mainly in consumer electronics, such as wireless audio, electric toys, digital cameras, etc.

The 16340 battery is a kind of lithium battery with a diameter of 16mm and a height of 34mm. This kind of battery is often found in strong torches, LED torches, headlamps, laser lights, lighting fixtures, etc. because the height of the feet is a little shorter and the capacity is not very small.

18650 battery is a kind of lithium battery with a diameter of 18mm and a height of 65mm, its biggest feature is that it has a very high energy density, almost reaching 170Wh/kg, so this kind of battery is a better cost performance, we usually often see most of this kind of battery, because it is a more mature lithium battery, all aspects of the system quality stability is better, widely used in 10 kWh Around the battery capacity occasions, such as in, in mobile phones, laptops, and other small appliances.

21700 battery is a kind of lithium battery with a diameter of 21mm and a height of 70mm, because its volume increases, the space utilization rate becomes larger, the energy density of the cell alone and the system can be improved, its volume energy density is much higher than that of 18650 type batteries, widely used in digital, electric vehicles, balance cars, solar energy lithium battery street lights, LED lights, power tools, etc.

26650 battery is a 26mm diameter, 65mm height lithium battery, nominal voltage 3.2V, nominal capacity 3200mAh, this battery with excellent capacity and high consistency and other characteristics, has gradually become a trend to replace the 18650 battery, many products in the power battery will also gradually favor this.

32650 battery is a kind of lithium battery with a diameter of 32mm and a height of 65mm. This kind of battery has a strong capacity of continuous discharge, so it is more suitable for electric toys, backup power supply, ups battery, wind power generation system, and scenery complementary power generation system. 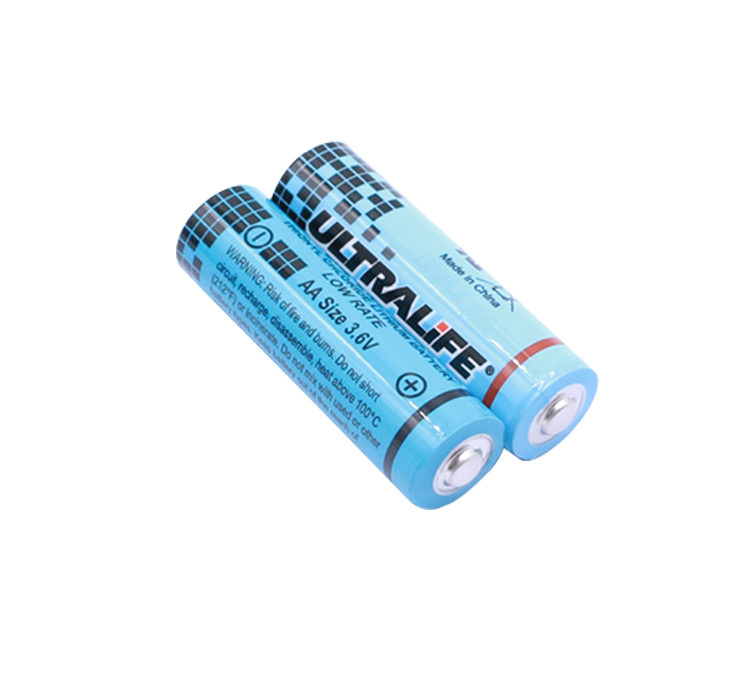 What is a cylindrical lithium battery?

1, the definition of cylindrical batteries

2, the structure of a cylindrical battery

3, the advantages of cylindrical lithium batteries

– Mature production process, lower cost of PACK, higher yield of battery products, good heat dissipation performance
– Cylindrical batteries have formed a series of internationally unified standard specifications and models, and the process is mature and suitable for continuous production in large quantities.
– The cylindrical body has a large specific surface area and dissipates heat well.
– Cylindrical batteries are generally sealed batteries, and there are no maintenance problems during use.
– The battery shell has high-pressure resistance, and there will be no phenomenon such as square and soft packing battery expansion during use.

How to improve the energy density of lithium batteries?

The adoption of new material systems, the fine-tuning of lithium battery structures, and the improvement of manufacturing capabilities are the three areas where R&D engineers can “dance long and hard”. In the following, we will explain the two dimensions of monomer and system. –Monoblock energy density, mainly based on breakthroughs in chemical systems

1. Increase the size of the battery

Battery manufacturers can increase the size of the original battery to achieve the effect of power expansion. We are most familiar with the example: the first to use Panasonic 18650 battery well-known electric car company Tesla will change the new 21700 battery.

But “fattening” or “growing” the cells is only a symptom, not a cure. The bottom of the barrel solution is to find the key technology to improve energy density from the positive and negative electrode materials and electrolyte composition of the battery cells.

Ternary materials generally refer to the large family of lithium nickel cobalt manganese oxide, we can change the performance of the battery by changing the ratio of the three elements: nickel, cobalt and manganese.

In the diagram silicon-carbon anode

The specific capacity of silicon-based anode materials can reach 4200mAh/g, much higher than the theoretical specific capacity of 372mAh/g for graphite anodes, making them a strong alternative to graphite anodes. Currently, the use of silicon-carbon composites to increase the energy density of batteries is one of the industry’s recognised directions for the development of anode materials for lithium-ion batteries. The Model 3 released by Tesla uses silicon-carbon anode.

In the future, if you want to go one step further – breaking through the 350Wh/kg barrier for a single cell – your industry peers may need to look at a lithium metal cathode type battery system, but this also means a whole battery production process change and refinement. As can be seen in several typical ternary materials, the proportion of nickel is getting higher and the proportion of cobalt is getting lower. The higher the nickel content, the higher the specific capacity of the cell. In addition, due to the scarcity of cobalt resources, increasing the proportion of nickel will reduce the amount of cobalt used.

Battery pack formation is a test of the battery “siege lions” on the ability of the single-cell and module array, need to take safety as the premise, the maximum use of every inch of space.

There are several ways to slim down a battery pack.

We can choose low-density materials, for example, the upper cover of the battery pack has been gradually changed from the traditional sheet metal cover to a composite cover, which can reduce the weight by about 35%. For the lower box of the battery pack, there has been a gradual change from the traditional sheet-metal solution to an aluminum profile solution, with a weight reduction of about 40%, which has a significant effect on the lightweight.

The integrated design of the whole vehicle and the structural design of the whole vehicle is considered as a whole, and structural parts are shared and common as far as possible, such as the anti-collision design, to achieve the ultimate in lightweight. The battery is a very all-round product, you want to improve the performance of one aspect, you may sacrifice the performance of other aspects, this is the basis of understanding battery design and development. Power batteries are vehicle-specific, so energy density is not the only measure of battery quality.

What is energy density?

What is the energy density of a single cell?

What is system energy density?

What exactly limits the energy density of lithium batteries?

The chemical system behind the battery is the main reason to blame. Generally speaking, there are four key components of a lithium battery: the positive electrode, the negative electrode, the electrolyte and the diaphragm. The positive and negative electrodes are where the chemical reactions take place, equivalent to the two veins, so their importance is evident. We all know that a pack system with a ternary lithium cathode has a higher energy density than a pack system with a lithium iron phosphate cathode. Why is this?

According to the barrel theory, the height of the water level is determined by the shortest part of the barrel, and the lower limit of the energy density of lithium-ion batteries depends on the cathode material.

Example of Lithium iron phosphate battery instead of lead-acid battery

A 36V/10Ah (360Wh) lead-acid battery weighing 12kg can travel approximately 50km on a single charge, recharge approximately 100 times, and last approximately 1 year. If a Lithium iron phosphate power battery is used, with the same 360Wh energy (12 10Ah batteries in series), it weighs about 4kg, can travel about 80km on a single charge, can be charged up to 1000 times, and has a service life of 3 to 5 years. Although lithium-ion power batteries are much more expensive than lead-acid batteries, the overall effect is better with Lithium iron phosphate power batteries and they are lighter in use.

LiFepO4 batteries have an operating voltage of 3.2V, an end charge voltage of 3.6V, and an end discharge voltage of 2.0V. The performance of LiFepO4 batteries may vary depending on the quality and process of the positive and negative electrode materials and electrolyte materials used by each manufacturer. For example, the capacity of the same type of battery (standard battery in the same package) varies considerably (10% to 20%).

The synthesis of lithium iron phosphate materials can be divided into two types of wet and dry methods, with the technical focus on formulation and firing control. Production plants are generally equipped with mixers, atmospheric firing furnaces, grinders, and sieves.

The cathode material for LiCo batteries has a laminar structure, while LiFe batteries have a three-dimensional olivine structure, making the former prone to structural disintegration during fast charging or discharging, while the latter does not present problems during charging and discharging. Although the theoretical capacity of LiCoO cathode material is as high as 274mAh/g, it can only reach 151mAh/g in practice. Compared to LiFePO4 cathode material, the upper limit of theoretical capacity is only 180mAh/g, but in practice, it can already reach about 140-150mAh/g.

No comments to show.